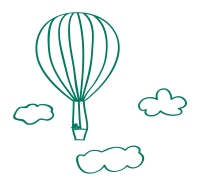 I graduated from university in 2011 and after a brief stint in the world of recruitment I joined a startup in the student sector called helloU. I didn’t have any specific skills but was willing and eager to learn. I had no idea what to expect but I knew I wanted something different to your standard suited-and-booted nine-to-five job.

I’ve since worked for another successful startup, carwow. What keeps me coming back to startups, instead of big-name employers?

The office at my first startup was incredible. For a start it was bright blue, there was a big monitor on the wall with a live counter of website signups. Oh, and the floor was artificial grass so you could walk around barefoot, and the walls and desks were made so you could write on them, taking notes wherever you want. The average age of staff was low, and the whole atmosphere was fun and energetic. Just three weeks after I joined we had our Christmas party… in Barcelona. That’s cool.

Startups have a unique balance between being a pressure cooker, a group of friends and a workplace. Everybody pulls together to work incredibly hard to achieve company targets, you contribute to areas you may not know much about, and when you hit targets it’s such a rush…then it resets. If you’re looking for a high-pressured environment that isn’t dog-eat-dog, alongside a group of friends, then startups are for you!

You’re hired for task A, but dabble in B and C within your first week, after a month you’re up to F and after three months you’re going around again. Startups give you exposure to every single aspect of a business, from marketing to technical development. You’ll get involved in all of it and if you find you like (and are better at) something new, the chances are you’ll be able to jump ship and do that instead!

4) Potential to be part of something enormous

I’ve worked at two startups since graduating, the first (helloU) is now the 61st most visited website in the whole of the UK. The second (carwow) is where I’m working at now, I joined in February just after their official launch, fast-forward 8 months and we’ve saved customers over £1m on new Ford cars and well over £10m across all brands. Getting in early to a company that really flies can give you a huge amount of exposure but more importantly, it’s a really exciting thing to be a part of.

I’m a massive fan of startup, I think they offer an experience like no other job in the world, and a great way to progress and pickup new skills.

If you’re stuck for what you want to do with your life after university, join a startup. You’ll get a huge amount of experience in dozens of areas and who knows, you might even start your own company and become the next big thing.

If you have any questions you can find me on Twitter at @JamesPursey and carwow at @carwowuk.