On Thursday 19th April, five York students will take part in the final of a competition in Atlanta, Georgia, where they will present a trading strategy that they have devised over the last few weeks.

Out of over 60 universities worldwide, each were able to submit up to two teams, York was the only British university to enter, and the team of Tom Armstrong (Mathematics), Edward Bottomley (Economics and Finance), Jasmine Gotobed (Economics), Theo Wilson (PPE), and Gabriel Zedda James (Economics and Mathematics), were selected as one of the final five. They are taking part with the chance to win $10,000 (£7,000), for the victorious team.

The York team will have 15 minutes to pitch, and take questions from a panel of judges, all with experience in finance, on the advantages and drawbacks of their chosen strategy.

The team’s underlying philosophy looked at Piotroski’s F-Score concept (a Stanford economist and a concept that their supervisor, Dr. Keith Anderson of York Management School has studied in the past). The concept looks to score companies on 9 different indicators, and if the overall score meets Piotroski’s threshold, then he would buy it for the year.

The York group revised the strategy, modifying the indicators and putting weightings on their preferred components, and bought on a quarterly basis, as opposed to a year, so they had more flexibility in an ever-changing market, and managed to return a much higher amount than Piotroski with their ‘G Score’ strategy, with relatively little risk.

The five students were put together through their membership of the Griff Investment Fund; a group of around 50 undergraduate and postgraduate students that manage £10,000 of the university’s endowment and invest in the stock market. Established in 2013, the group is one of, if not the UK’s first student run, real money portfolio.

The York team would like to thank the Economics department, York Management School and Careers and Placements for their generous support in helping them get fully funded for their trip, and for a great opportunity to showcase some of York’s homegrown talent. 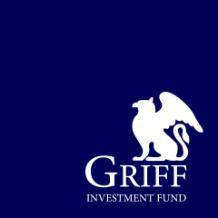